In my opinion, the two parts of the headline are completely true. An economist has to be most respected as he is well equipped with the greatest levels of knowledge. Economy talks about everything.

Food habits, interests, trends, marketing, brand value, celebrity support, endorsements, sports, festivals and much more. But what about India? Why do we lack the best quality economists? Let me also say this before writing my views. I am myself a learning and prospective economist, I expect to learn economics in the hardest way and let the subject get deep into my system…

If there’s a subject or domain that’s a must for anybody irrespective of the age or occupation, it has to be economics. Of course, we have got millions of unofficial economists on the Budget day every year. Then, I am neither interested nor talking of such economists; I am looking at someone who’s qualified by skill and not by thrill. We also have some so-called ‘economists’ who would reject the greatest ever 1991 reforms that brought extra-ordinary development in our country.

Let me tell you, the first thing that one has to deal with if he or she wants to become an economist is to keep their political biases aside and think like an economist. But that’s such a hard thing to achieve in our country. Which is the biggest reason why we have failed as an economy and couldn’t produce better economists. Whomever we have produced, the majority of them are serving the countries other than the motherland.

India should have been a country of riches but to the world, we are introduced as a poverty-ridden country. A country mostly known for popular actors and cricketers and not it’s GDP or Per Capita Income.

We are a country which had produced the best economist and strategist to have ever lived in ‘Bharat’ – Kautilya, best known as Chanakya. A teacher, economist, philosopher and strategist. You name the skill, he has it in him. But where are those tremendous lessons taught by him? Why is India unable to draw lessons from his famous book ‘Arthashastra’? It’s to do with the education system that has never given importance to the ‘Indians’ instead of the western, eastern and everyone else except our people. Hopefully NEP – New Education Policy will bring the much-needed change and repair the system.

With very little or no research I cannot say that there are no good economists in our country. 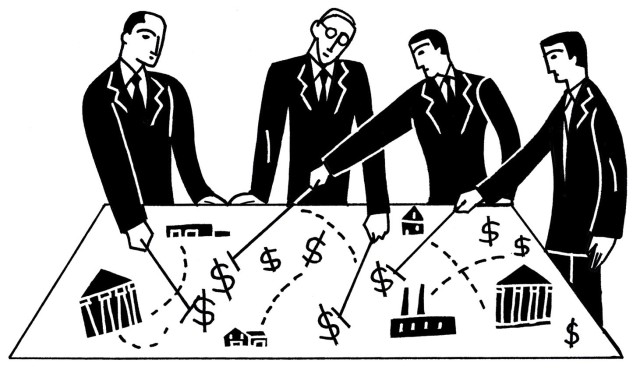 But we don’t have enough people who can help in creating outstanding policies. Otherwise, the poverty levels of India are just this ‘?’ When is India going to turn into a developed country! That’s a second ‘?’.

For these two question marks and many more unanswered questions, the answers are written in the books written by our Vedic philosophers and authors. Times have gone away where we can easily extract them and learn them. Times have also changed where we must learn modern economics but with pinch or more of the historical approach to economics as taught by Chanakya.

So, starting next post which is mostly the next Tuesday. I will give my try at explaining economics concepts in a way that a layman can understand and make the most of it. And then the number of economists on the budget day will surely increase but with a little better skill.

My last point, I have no faith in the finance wing of this government. I mean there are many mistakes made by the finance ministry which shouldn’t have been done. Except for the Corporate Tax Cut, I didn’t see anything major coming in and helping the Indian Businessmen or the Individuals. Had to make this point clear because those who read my posts in future should see me as a neutral author with no biases. Why is India, 130 crores populated country afraid of Credit Cards, and Loans? A lesson on Financial Planning…