Elections have hit the Indian news channels after that famous BJP’s victory in the Indian General Elections 2019 in the month of May. It’s close to 6 months since the elections and the Exit Polls for Haryana and Maharashtra Elections have predicted a landslide victory for BJP in both the states. Majority of Exit Polls have given a clear victory for BJP in Maharashtra with expected seat tally of an average of 212 seats and lowest of 166 seats. Maharashtra has assembly composed of 288 seats and the majority mark stands at 145 seats.

Whereas Haryana assembly has 90 seats and BJP is expected to win close to 70 seats according to a poll of polls. This has brought a lot of cheer to BJP party members and the two states. But is all fine with the Exit Polls conducted by the agencies? To tell you all, exit polls are the interviews conducted at the polling booths. A voter is asked questions once he or she cast votes and those answers are taken to create an expected result of the elections. This has been the conventional process used by all the exit poll agencies for a long time.

But India’s famous Exit Poll agency the India Today-Axis Poll has decided to drag their Haryana exit poll to a day later. This decision suddenly brings in a new concept called as Post Poll Survey. Generally, post-poll surveys are done by visiting the homes of the voters and interviewing them on various issues including whom they voted for.

India Today-Axis poll is for the first time in recent history has decided to go for a post-poll survey for Haryana Election. Their exit polls came out a day later than all the other exit poll agencies giving out an entirely different result. I will not be talking anything more about the polls, but concentrate on the possible reasons for the post-poll survey.

Exit Poll is a simple activity involving people from the select polling booths and of the pre-defined demographics. Exit polls purely depend on the ‘Sample’ that is decided by the agency. A sampling of the population is a laborious process letting you to choose the right kind of audience who can give you answers which shall match the actual results.

Any discrepancy in the sample selection will be a disaster for the agencies as the results would be completely wrong from the expected. So, when Axis My India saw the exit poll results of Haryana, they were not satisfied with the result. So, they decided to re-do the whole thing as a post-poll study with a different sample to see, if the result they got is different.

Taking Haryana as a case to understand a bit more, only 6 months ago BJP had won Haryana with no competition whatsoever. BJP swept all the seats in Haryana and now Haryana is predicted to see a nail-biting finish as per India Today-Axis Poll. With almost all the exit polls predicting victory for BJP, Axis India Poll gives 32-44 seats to BJP and Congress is expected to win 30-42 seats with majority mark at 45 seats.

While it is only 2 days to go for results everyone is eagerly awaiting the results day to find out which exit poll will be the winner in the exit poll race. I would say that Maharashtra will be an easy victory for BJP+Sena winning 185+ seats. Whereas in Haryana BJP might just cross the line but will not be able to win 70+ seats. Let’s wait till 24th to know the exact count!! 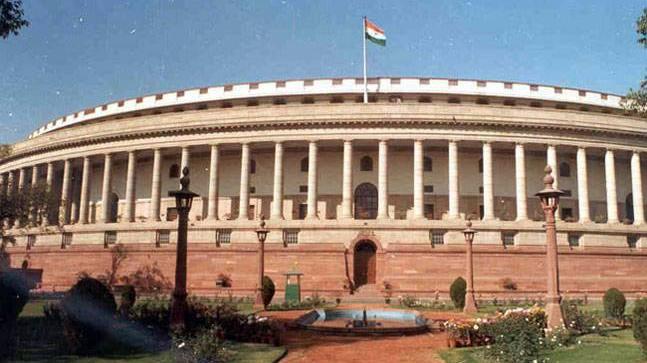 Rajya Sabha Elections inviting us for a close contest on 26th of March 2020! #RajyaSabha #Elections2020

‘Politics in India’ the most amazing movie which has outstanding collection on any day of the week.